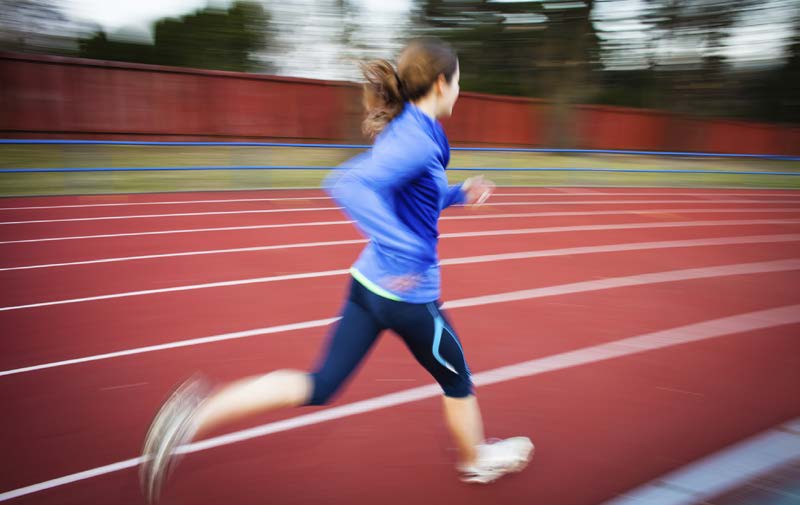 A Purpose for Every Run

One of the simplest improvements a runner can make to his or her training is to approach every run with a simple question: “What am I trying to achieve today?” It sounds obvious, but it’s all too easy to get caught up aiming for weekly mileage targets for no better reason than because they sound impressive or to score higher on a social media ranking. More isn’t always better and quality is more important than quantity, especially above a medium level of mileage (which will vary from person to person).

There are many valid aims for any given run and they depend on the stage of training. Sometimes just getting in steady miles is of great use, such as in the early base building phase, but generally a more specific goal will lead to better results. Here are four key types of run which work on different aspects of running:

Of course ultrarunners need long runs to improve the efficiency and endurance of the body at lower intensities, but there’s more to these than the well-known long, slow run (“LSR”). These runs can have other purposes too. A few examples include practicing specifically for the terrain of a target race, running sections at target race pace or testing gear or nutrition for a race.

When training for long distances it’s still vitally important to work on speed, and that means pushing out of the usual comfort zone. The change in pace should be very noticeable between these fast runs and slower runs, such as those used for recovery. Several minutes per mile difference is generally advisable to improve running in multiple “gears.” Also, variety is extremely important with speed sessions so that muscles get challenged by different stimuli, which will help minimize diminishing returns.

Whether training for a flat race or something more mountainous, hill running builds muscle strength in several different ways and creates a more balanced runner. These sessions can focus on many areas and the purposes will overlap with both endurance and speed training. For example, speed work like uphill sprints works on power and strength as it relates to uphill running. Hill sessions also include power-hiking practice, since this is a vital skill for most ultras.

This is an area that is often either missed or done incorrectly. The only aim of a recovery run is to help the body rebuild from other, harder runs by increasing blood flow to the muscles. The purpose is not to rack up more mileage for the week. A good rule of thumb is that it should be possible to have a full conversation during these runs without being out of breath—think more in terms of easy effort rather than pace. A good example of approaching these runs in a productive way is to switch to walking if your legs are so fatigued from other training than even slow running feels hard. One thing to be careful about is running junk miles, meaning going at a pace that’s too easy to force the body to adapt much, but too hard to allow adequate recovery.

Flexibility is the key to training effectively. Having a training plan set in stone can lead to attempting runs that the body isn’t ready for, whether due to inadequate recovery time or the early signs of an injury. At the start of any run and also during it, it’s important to check that the initial aim of the run is still possible. That could mean cutting short or slowing down a fast or long run if your legs feel like they’re running through wet cement. Better to listen to the body, give it a chance to recover and save the harder effort for another day. Not only will this lead to higher quality training sessions, but it’ll also reduce the chance of injury.

However, equally as crucial is a focus on having fun. Sometimes, especially if motivation wanes, the sole purpose of a run can be to have fun. Perhaps jumping around on rocks (a personal favorite of mine), short bursts of speed in a fartlek run or taking in a scenic route will reignite that inner fire. Enjoyment and other aims for runs aren’t mutually exclusive, so an element of fun should frequently be included along with other intentions.

Love this idea. I am especially struggling to get motivated knowing that I will have to gain 25 pounds this year, no matter how much I run. But now as I run down the Kovar Trail in Shell Ridge, I can think of it as training for childbirth.