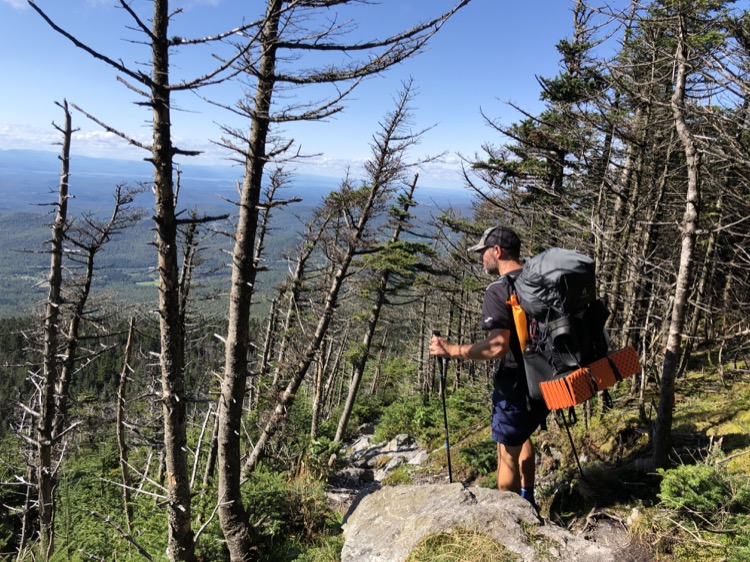 It was early evening as Krista and I worked our way up to the top of Mt. Ellen. My back was crying foul, feeling the effects of the 35-pound pack that held our shelter, food, stove, water and everything else wee needed for this five-day, four-night trek on Vermont’s most famous trail, the Long Trail. This would be our last night, and our tent site provided unobstructed, glorious views of Lake Champlain to the west, Camels Hump to our north and the White Mountains in the east. Dinner that night was a dehydrated meal of beef and rice, which we washed down with filtered water from the river. We nibbled on our food, basking in an unforgettable sunset. This year had not gone as planned, and right at that moment, we should have been fighting our way along the homestretch of the Tahoe 200. 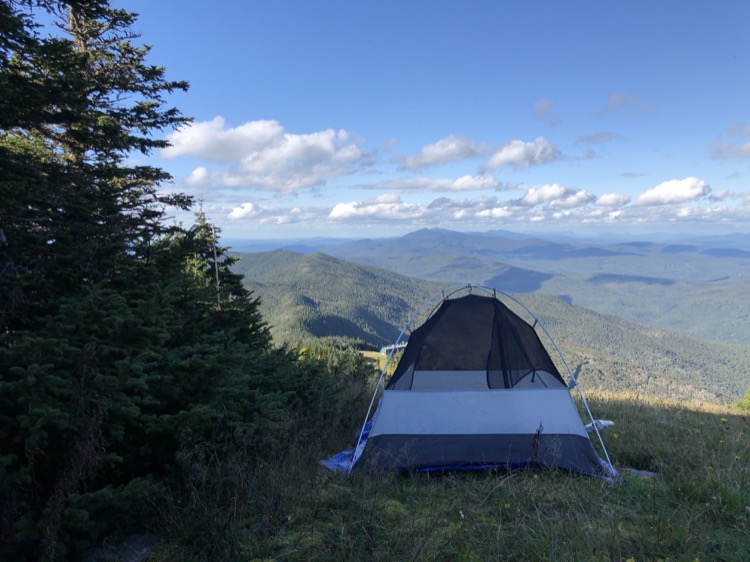 Fellow runners will likely relate to our year of constant pivoting. In January, Krista and I looked at our race calendar with excitement, which included Runamuck 50K and Infinitus 50-mile in the spring, Vermont 100 in the summer and a grand finale of the Tahoe 200 in the fall. We added in a side goal of climbing a peak a week to build in more hiking to our training. It was a fool proof plan—until it wasn’t.

We hit the ground running in the first quarter on icy roads, through snow blizzards and up mountains. Winters in Vermont are rugged, and the conditions fluctuate wildly, with temperatures sometimes swinging up to 70 degrees. One of the highlights was hiking up Mt. Washington on a bitterly cold, but beautiful January morning. Then Runamuck was postponed until October, as a result of COVID. We improvised, creating our own 50k routes around the backroads of our town, logging the miles we needed.

A few months later, the Vermont 100 was canceled for a second consecutive year. Again, it was time to adjust, so we bumped up to the 100-mile distance at Infinitus, a course that offered two loops through the trails and mountains of Goshen, Vermont. We also added in a 100k race at the Chesterfield Gorge in July, which happens to be one of our favorites. As late summer arrived, we felt good and all of our attention turned to Tahoe.

The planning and preparation for a 205-mile race on the other side of the country was intense but a lot of fun. We booked a cabin in Tahoe City for ourselves and our crew, made lists, bought supplies, studied trail maps, plotted time goals for the various aid stations and attempted to visualize the trails and terrain we’d be experiencing for the first time. We watched documentaries, read blogs and soaked up everything Tahoe. And then, something very sad happened: California began to burn. 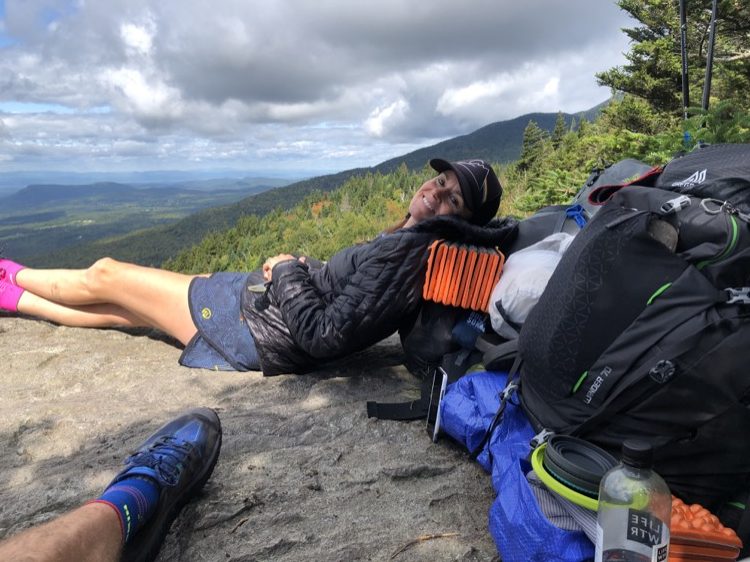 As August rolled around, the news was not good, with wildfire continuing to spread, evacuations, and people losing their homes. Thousands of miles away, we could not fully comprehend the devastation. We followed air quality websites, tracking the hazardous conditions with the smoke even reaching us on the East Coast. It was not a surprise when we received the notice that the Tahoe 200 was being canceled, but it didn’t make the disappointment any less. It’s a strange thing, reconciling feelings of sadness over an event that we looked forward to all year, while at the same time, feeling guilty about it knowing that the people affected by the fires had lost so much more. But it still hurts.

Over the next couple weeks, we settled back into our normal lives. We brought our oldest son back to college for his sophomore year, and our youngest son enjoyed his last few days of summer vacation, getting ready for his junior year of high school. We went through the unpleasant task of undoing all of the Tahoe arrangements, trying to get back money where we could and minimize the financial damage.

Now facing an empty race calendar, it was time to make a new plan. We kicked around a few ideas, and ultimately chose an adventure close to home. We wanted to unplug and get any from all of the noise, so the Long Trail was a perfect fit. As the oldest long-distance trail in the US, it stretches 273 miles along the main ridge of the Green Mountains, through the entire length of the state of Vermont. We gathered up our hiking and camping gear and jammed our packs to the rim, wanting to be self-sufficient for our 60-mile, four-night outing. 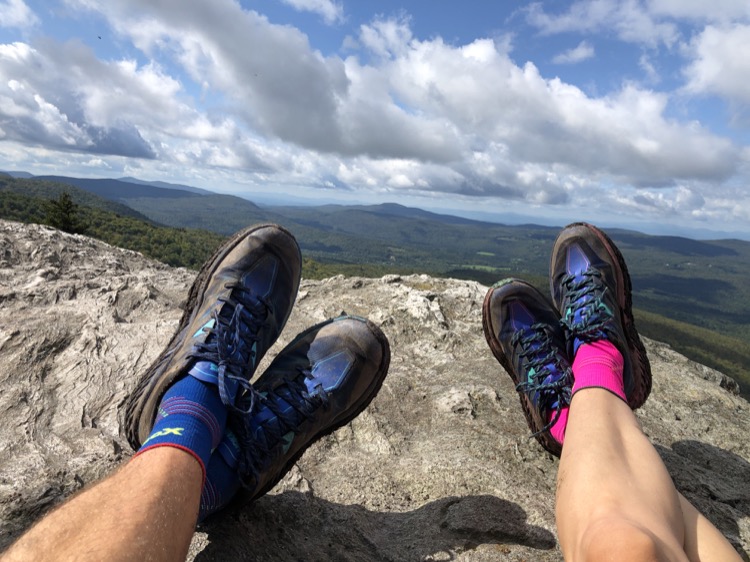 We woke up on the final morning of our Long Trail journey, overlooking the Sugarbush Resort. The sky was clear and the temps had dipped down into the 40s, reminding us that summer was quietly winding down. As we rolled up our tent, we paused to watch a blood-orange sun rising to the East. The quiet days in the woods had given us the space to chat about our disappointments, laugh about life and dream about the future. We scrambled up and down the trail over roots, rocks and mud, as we felt the wind on our faces, listened to the soft sound of the rain hitting our tent at night and felt the pull of the white blazes, leading us deeper down the trail. While 2021 had not gone as planned, with some creativity, grit and a never-ending desire for adventure, we were right where we needed to be.