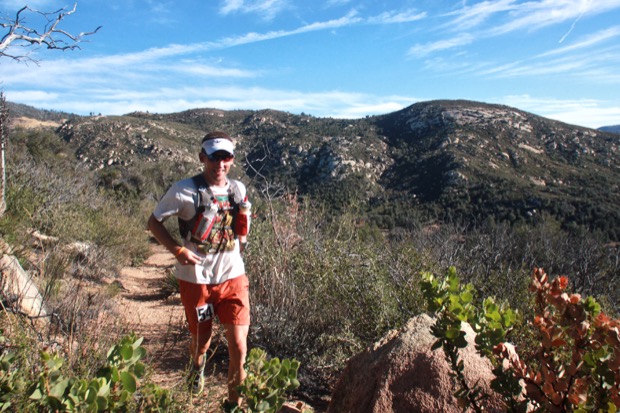 A Hot Hundred Kay at Cuyamaca

The third annual Cuyamaca 100K launched from San Diego’s Cuyamaca Rancho State Park on October 4th this year with the largest field of starters to date. One hundred and eighty-two runners toed the line this year, having travelled from as far away as Poland and Japan.

Hot and dry weather had been a part of life in SoCal through summer and early fall, and race day was no different. Temperatures in the 90s and very low humidity made things tough on the runners, but fortunately for them, an expert volunteer team and about 2,000 pounds of ice were on hand to keep them running strong and long.

The women’s field was led by Robin Young, followed closely by Stephanie Bartley, for the first 50k, at which point Stephanie took the lead and slowly increased it throughout the second half, eventually winning in a time of 12:42. Local runner Julieann Storm ran a very smart and solid race, creeping up on then second place Young. The two battled for second during the last 18-mile segment, entering the final aid station at the same time. Young was able to edge Storm out during the final stretch, taking her by three minutes with a time of 12:57:16 to Storm’s 13:00:22.

On the men’s side, the lead group was quickly thinned down to Ben Bartley followed several minutes behind by Paul Sinclair. Ben increased his lead over the second half of the race, in much the same way as Stephanie did, eventually winning the overall title in a time of 10:05. At the finish, Ben hardly seemed tired as he ran around gathering his gear. His priority was getting up to the final aid station as quickly as he could to cheer his wife on to her win!

All in all, it was a great day on the trails, and despite the tough conditions, 124 runners successfully completed the race. They enjoyed some of San Diego’s best mountain trails, meadows, woods and peaks, and without a doubt, the best volunteers that you could possibly ask for.

Thanks to all the runners and volunteers for your participation this year! 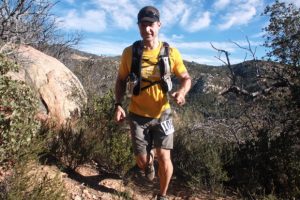 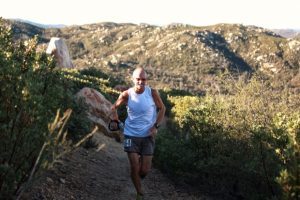 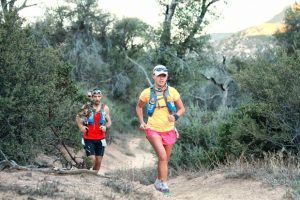 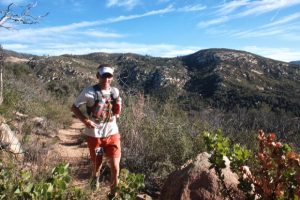 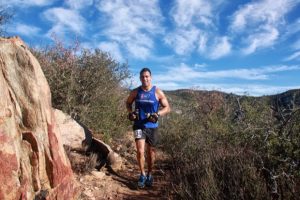