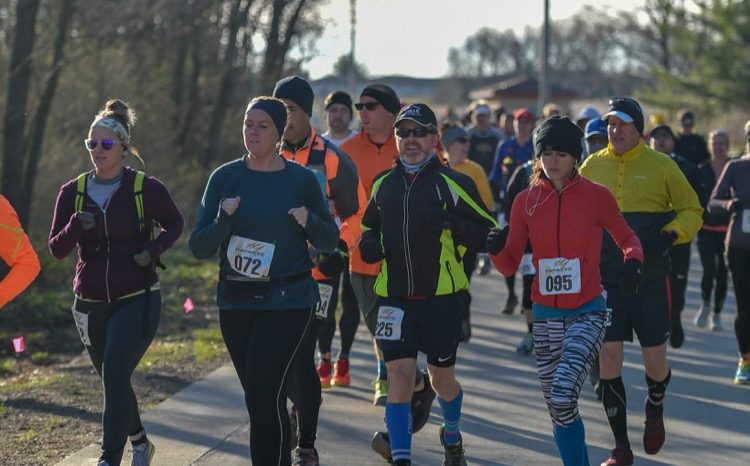 Destination races are fun. But, they also are expensive and stressful. That’s one of the beauties of the Hawkeye 50K. Located within scenic Lake Macbride State Park near Solon, Iowa, it’s less than an hour from my front door. I can sleep (for free) in my own bed, wake to a cup of homebrewed coffee and arrive at the starting line refreshed, relaxed and caffeinated.

Iowa is (mostly) flat. But there’s more rolling single track than one would expect nestled among all those shimmering vistas of corn stretching to the horizon. According to my GPS, the Hawkeye 50K includes 2,302 feet of elevation gain, but it seems like more. A lot more.

The Hawkeye 50K—two loops of a 25k track—hugs the shore of Lake Macbride and tosses in enough single track through the woods to keep things interesting for the dedicated trail martyr. In addition to single track, the course includes a little bit of everything: paved road, crushed gravel and a bonus water crossing for those whose experience wouldn’t be complete without a little extra suffering. 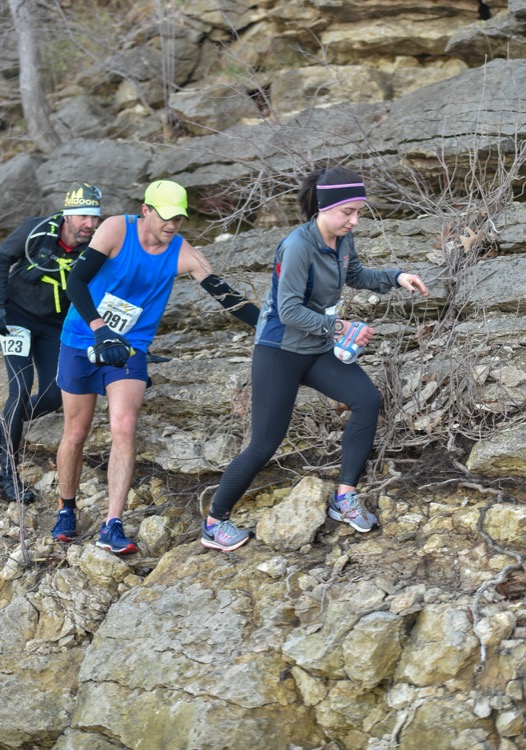 The race is held in mid-April, and that’s still transition season in Iowa. Anything is possible including torrential rain, blinding blizzards or tropical heat. This is my fourth trip to Lake Macbride, and I’ve only completed the entire official course (including the infamous water crossing) once. Other times, the water crossing was impassable and the course had to be re-routed.

In addition to the 50k (and 25k), the race also includes a Ruck Division. Ruck runners must carry a minimum 20 pounds of extra weight. The 50k time limit of eight hours is extended to 10 hours for Ruck participants.

Race Director Brian Tharp, owner of We Run running store in North Liberty, Iowa (with a branch in Cedar Rapids), is passionate about the race and his happy band of volunteers reflect his enthusiasm and attention to detail, with proceeds going to Team RWB and Team Rubicon.

I signed up for this year’s race as a fun adventure and a long training run as part of my preparation for the Kettle Moraine 100k. The goal was not to race but to put in the miles and enjoy the journey. As race day approached, I reconsidered my race goals. The extended winter weather (record cold temps and snowfall) combined with a contrary left knee and a balky lower back to curtail my training. Despite managing a couple of long(ish) runs, I’d spent more time in the pool than on the roads and almost no time on trails. The Hawkeye 50K loomed as a test of my fitness and the durability of my 73-year-old body. I was apprehensive but hopeful.

At least the weather gods were good to us. Unlike the cold, wind and rain in 2018, we enjoyed partly cloudy skies, cool temps and moderate breezes. Due to our wet winter and spring, the spillway required a rope to help keep runners upright in the fast water. Some runners are beyond help, though. On the first loop, I managed to slip into the icy water. I later tripped on an exposed root and sprawled face-first on a downhill section of trail. (This has become a habit with me. So much so, my wife jokes that falling is what I do best. At least, I think she’s joking.) 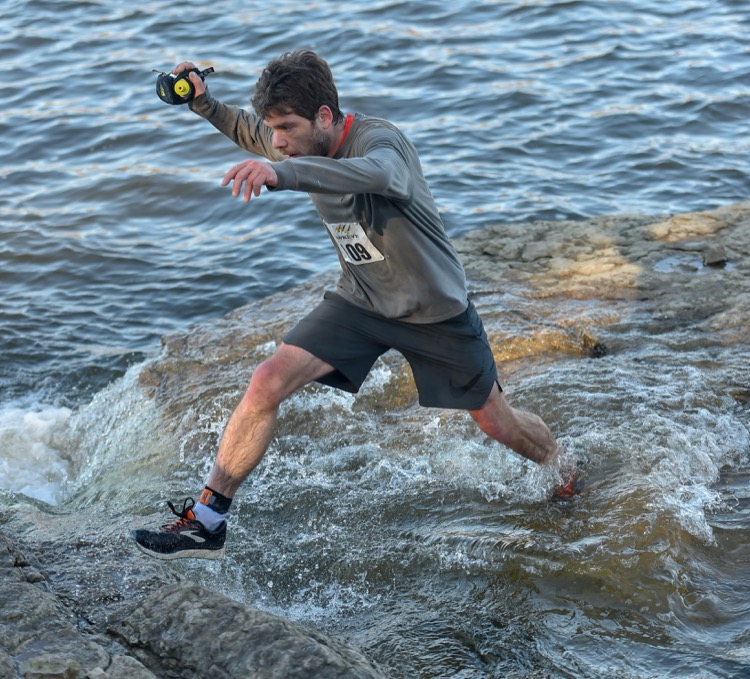 Other than the spillway, the course was mostly runnable. There were only a few low spots on the trail that were muddy and required brief detours, while Lake Macbride bustled with collegiate rowers, sailboats and fishermen.

The 210 finishers (all races included) received a finisher’s medal adorned with a hawk’s talons and a handy Orange Mud Changing Towel/Car Seat Cover. (The ubiquitous race shirt could be purchased for $10—a nice option that other races should consider.) The post-race party—an old-fashioned potluck—was the usual feast of tasty treats at Macbride State Park. RD Brian Tharp and his volunteers are welcoming and enthusiastic. Race amenities are top-notch. What I don’t understand is why this race isn’t more popular!

This race is run backwards in the fall (Oct), check it out at http://www.werunllc.com/races

If anything the scenery and weather are better in the fall.

What are the fall dates?

According to the website, the Hawkeye Fallout is October 26th.