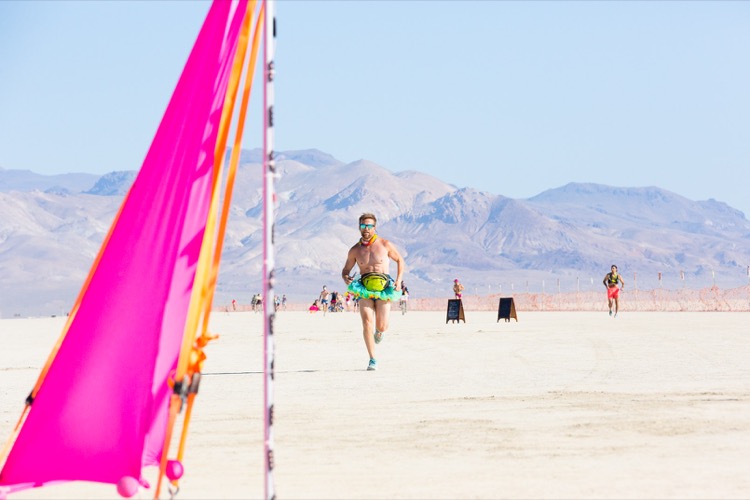 Burning Man is most known for being a wild party in the middle of the Black Rock Desert two hours outside of Reno, but it’s way more than that. It’s a community-in-experiment that lives by 10 principles:

Burning Man is about creating a community that’s about sharing. It’s an event where, once it’s begun, nothing can be bought other than ice and coffee – everything, even all of the bars and the crafts and activities are 100% free. It’s about an experiment in being who you are, who you really want to be, who you can be, in an environment of complete freedom. It’s a place of participation and a place of no spectators.

So of course, I had to create an ultramarathon. 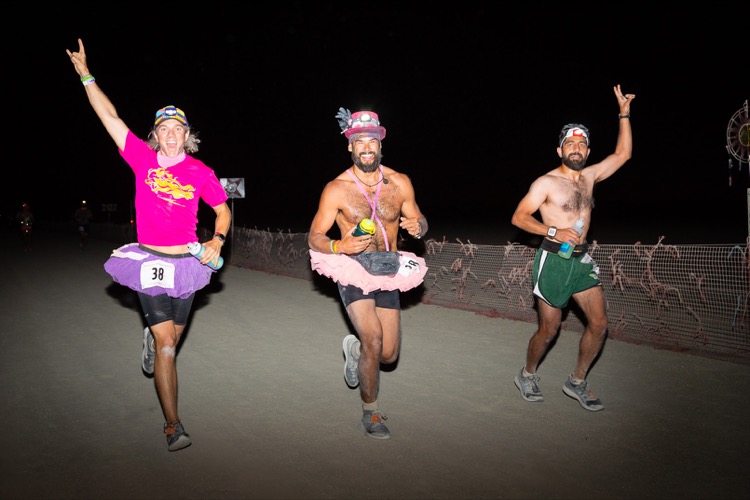 With dust storms, a little bit of altitude, scorching hot temperatures during the day, and near-freezing temperatures at night, noise, chaos, bad ideas and lots of alcohol, and yes, even drugs, it’s not the best place for an ultra. But with pancake-flat terrain, the most encouragement you’ll ever find in an ultra, dance parties around the race, alcoholic beverages served on course more than you could ever imagine, it’s probably the most unique ultramarathon there is. And yet, it’s a legit ultramarathon with pre-registration, bibs, chip timing, aid stations, finisher’s medals and more. 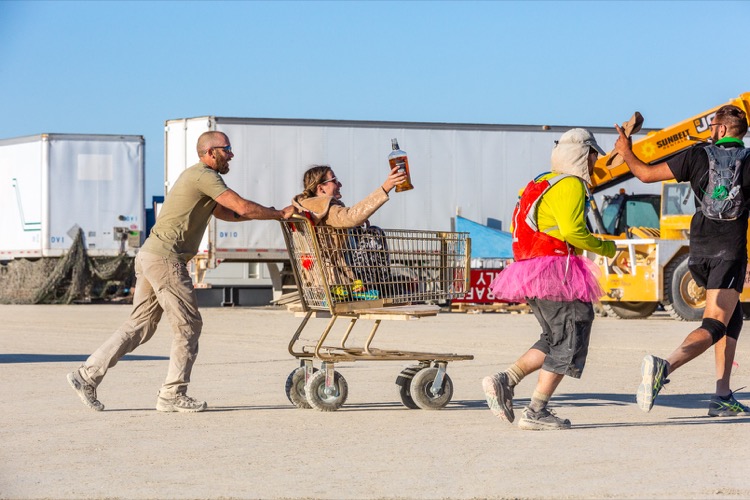 Race morning started with near ideal temperatures – it was fairly cool, with some runners even starting in long sleeves. By the end of the race, runners had stripped down to the minimum to deal with the heat. I can’t tell you temperatures, because cell phones (with weather apps) don’t work in the desert, so I’ll just tell you it was on the cooler side at the start, and hot near the finish. Oh, and some people ran the whole thing naked, no matter what the temperature was.

The men’s race was fairly fast. For the third year in a row, Tyler Jones won the men’s race in 3:18. Seven minutes later, Nils Arend finished strong with Michael Marlin just a minute behind him. 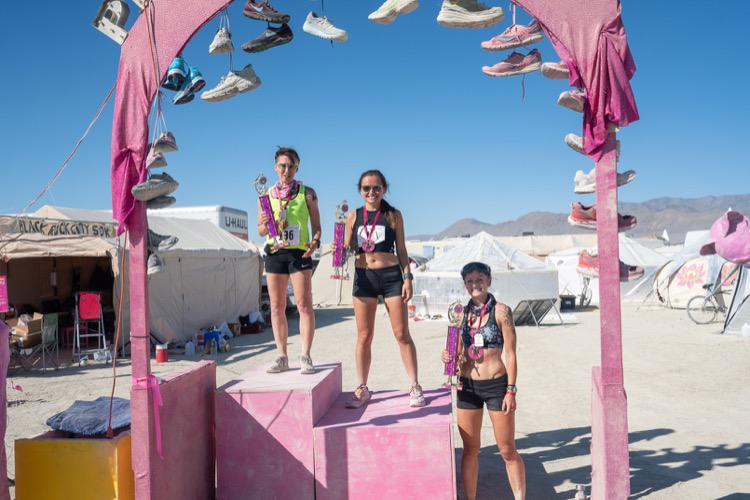 The women’s race was competitive as well. Kay Hodgins (2015 women’s winner) won yet again in 3:59 and finished 10th overall. Julie Kheyfets followed in second with 4:27 and Christine Mosley was third in 4:28. Julie recently won TGNY 100 two months earlier, and Christine won the Vermont 100 this year.

My camp mate Joe B. aka Yeti at 66 was the oldest to finish again this year. 3rd year in row he finished with that status.
Go Joe!