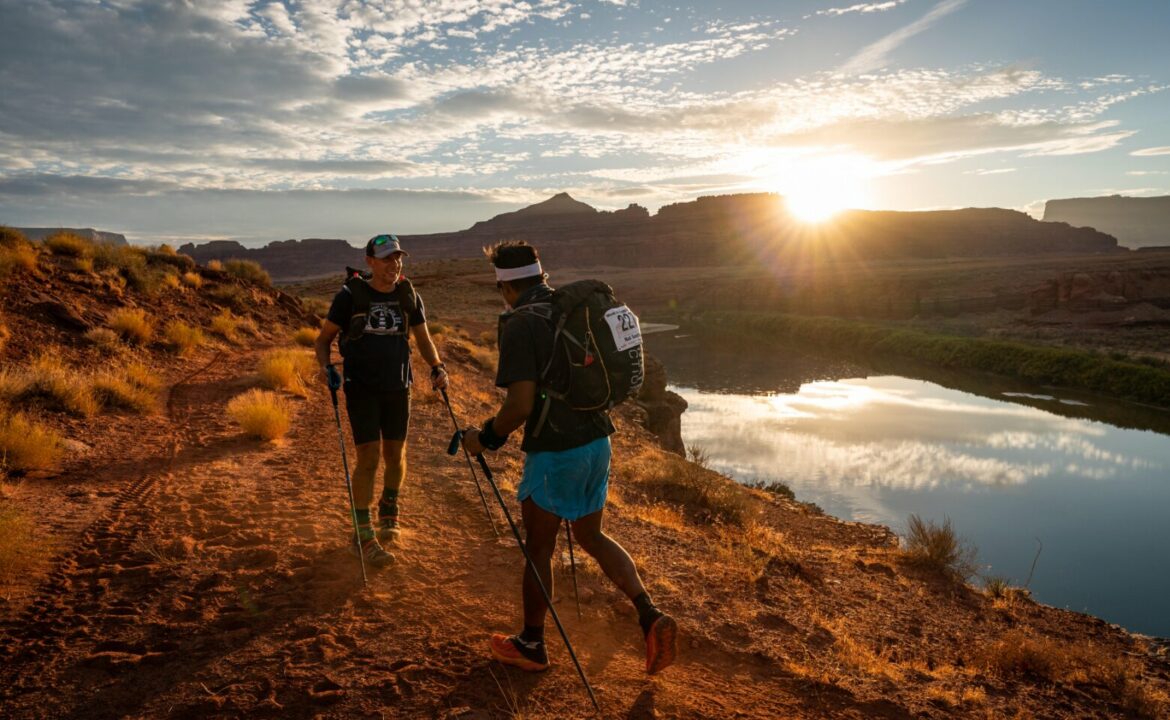 The sixth edition of the Moab 240 begins on Friday, October 7. Photo: Howie Stern

What’s Up in Ultra This Weekend — October 8

The pace always seems to pick up during fall months on our UltraRunning Calendar, and this week is no different—we have 60 events happening across the country. In San Francisco, a 50k World Record attempt is taking place, there’s a 240-mile single-loop race in Utah, a classic 50k/50m on the Ice Age Trail and a whole lot more.

In the Golden State, 29-year-old CJ Alberston will look to reclaim his 50k World Record at the 35h Annual Ruth Anderson Memorial Endurance Run on Saturday, October 8 at 7 a.m. at Lake Merced. The race is named after Ruth Anderson, a pioneering ultrarunner in the San Francisco Bay Area during the 1970s. The course is roughly seven, 4.5-mile loops around the freshwater lake in the southwest corner of San Francisco, with approximately 100 feet of gain/loss per lap. To beat the current 2:40:13 World Record set by Stephen Mokoka of South Africa earlier this year, Albertson will need to run roughly 5:09 minutes/mile.

The stunning red rocks of Moab, Utah, is where we find the final event of the Triple Crown of 200s: the Moab 240. The race begins in Moab on Friday, October 7, and runs west through the Colorado River Canyons to the Abajo Mountains, then north to the La Sal Mountains, along the Porcupine Rim and back into Moab — one huge 240-mile loop. With 28,893 feet of ascent and a total elevation change of 57,756 feet, this race is guaranteed to test any ultrarunner’s mettle. We spied the #10 2021 UltraRunner of the Year Jeff Browning on the start list, taking his first crack at a 200-miler, as well as Wes Ritner of Green Mountain Falls, Colorado, who has completed all of the previous five editions of the race. Runner-up from 2021, Kathy Adams, from Chelsea, Quebec, is back and looking to take the title, and UltraRunning Ambassador Callie Vinson of Scottsdale, Arizona, is also racing her first Moab 240. Read: A Win at Moab 240 by Jessi Morton-Langehaug.

Greenbush, Wisconsin, is home to the classic Glacial Trail 50k/50-mile races on Sunday, October 9. Both courses follow the Ice Age Trail in the northern unit of the Kettle Moraine State Forest in an out-and-back format with just a short, half-mile section of road at the start. The trails consist of rolling hills with some rocks and roots, but mostly, good times.

Check out our Ultra Weekend Recap in case you missed it, covering a handful of last weekend’s North American ultrarunning results. Keep your eyes peeled on Sunday evening for results from the above races and more. If you haven’t already, subscribe to our Thursday morning newsletter to get more from UltraRunning. What race are you attending that we forgot to mention? Leave a link and comment below.

There is also the Bromont Ultra in Quebec: https://bromontultra.com/

If you’re out there racing this weekend Jos I hope it’s a good one! https://ultrarunning.com/calendar/event/bromont-ultra

Canal Corridor 100 is this weekend up in Akron Ohio!

Thanks for the tip Caleb, I found the preliminary results here too! https://my.raceresult.com/219115/#0_3EF1B7