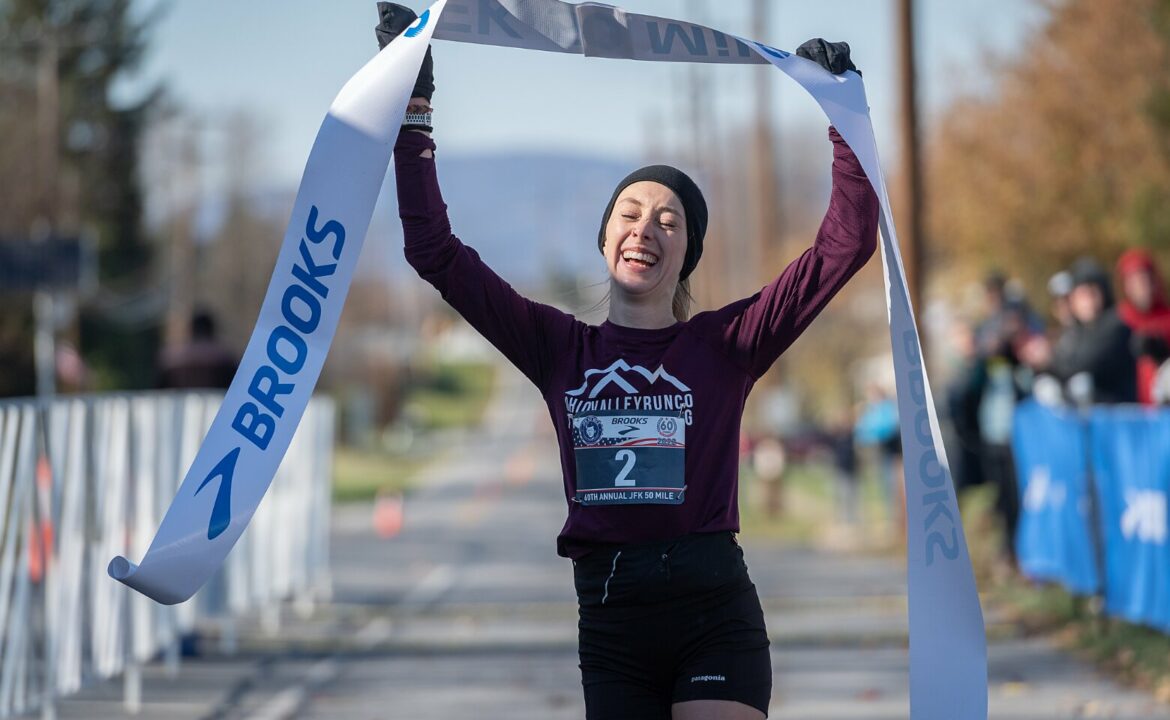 This week’s Ultra Weekend Recap is undoubtedly highlighted by a new women’s course record at the 60th annual JFK, a coastal 50k in the Pacific Northwest, a nearly two decade-old 50k in Alabama and more from our What’s Up In Ultra earlier in the week. If we missed something, please drop a note and link below so we can get it added to our expansive race results database.

Starting off in Maryland, Sarah Biehl of Columbus, Ohio, smashed a decade-old JFK 50 course record set in 2012 by the legendary Ellie Greenwood by just over 6 minutes, covering the 60-year-old historic course in 6 hours, 5 minutes and 42 seconds. This gives Biehl the fastest North American 50-mile time of the year by 59 seconds. In 2020, she was fifth in her ultramarathon debut at JFK, and last year she finished second. Caitriona Jennings from Ireland finished second in 6 hours, 28 minutes and 52 seconds, and Shea Auilano out of Carmel, Indiana, was third in 6 hours, 40 minutes and 39 seconds.

For the men, Garrett Corcoran from Salt Lake City, Utah, came from behind to take the win in 5 hours, 29 minutes and 47 seconds in what is both the fifth-fastest 50-mile time in North America this year and the fifth-fastest performance of all time at JFK. Makai Clemons of San Diego, California, moved from 13th to second, finishing in 5 hours, 32 minutes and 19 seconds, and Preston Cates out of Flagstaff, Arizona, held on for third place in 5 hours, 33 minutes and 22 seconds. Full results here.

Check out more race results from over the weekend here. The Duncan Ridge Trail 50k in Blairsville, Georgia, is already uploaded and there are plenty more to come.

If you’re racing somewhere after Thanksgiving, be sure to leave a comment below so we can include that in Wednesday’s What’s Up In Ultra and look for us at the 39th Quad Dipsea in Mill Valley, California, on Saturday, November 26.